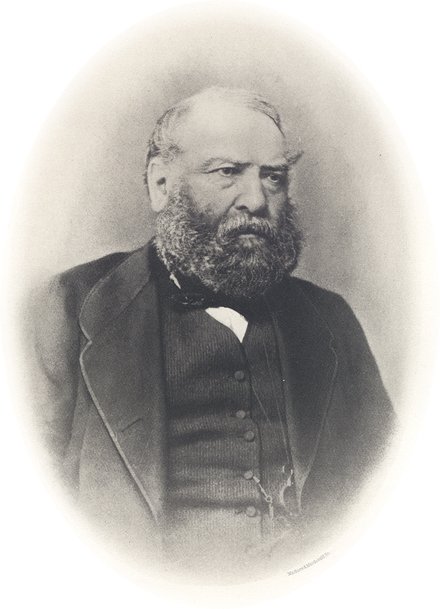 The Baird Trust was founded by James Baird, who was born in December 1802 in the run-down farm of Kirkwood in Old Monklands, the fourth of ten children.

He initially worked on the farm but, with the advent of the industrial revolution, began sinking mine shafts on the land. James Baird followed his two brothers, William and Alexander, into the coal industry, and the firm took it’s name from William, William Baird and Company. Later the whole family set up the iron works, Bairds of Gartsherrie, which employed thousands.
James Baird was able, in time, to buy more land in Lanarkshire, Ayrshire and Fife.

Bairds developed the first chain-driven coal cutting machine in Scotland, nicknamed the Gartsherrie, which became a prototype for mechanical coal cutters for more than a century in coal mines around the world.

William apparently asked James in 1837 if the furnaces at Gartsherrie could not be stopped on a Sunday. He tried it out, and found that no damage took place, and from then on, none of the furnaces were blast on a Sunday. James noted that they saw a marked change in the people, both morally and physically – more particularly in the children who had been growing up without observing any difference between Sundays and Mondays.

Later still, Baird was to move into the textile business, supplying the early Marks & Spencer stores. Always concerned that his employees had good working conditions and proper housing, the Bairds also built schools for their children, and churches, including those at Gartsherrie and Holytown. From 1851 to 1857 he was MP for Falkirk Burghs.

Along with his seven brothers, he bought estates throughout Scotland, including the Knoydart Estate which Baird purchased in 1857.

In 1873 he set up his own charitable trust to counter “the mitigations of spiritual destitution among the population of Scotland and secure the upbringing of the young”. Baird set the trust up with £500,000 – a staggering sum in those days. Its value stands at over £11 million in 2019, and over £300,000 is paid out every year.

The Trust was re-established as a corporate body by an Act of Parliament in 1939. In 2005 the Trust sought to update its aims and purposes and to that end promoted the Baird Trust Reorganisation Act 2005 in the Scottish Parliament. The Act transferred the property rights, interests and liabilities of the 1939 Trust to a new charitable company limited by guarantee, while at the same time updating the Trust’s powers and objects.

Copies of the various Acts and Deeds can be viewed here.

The following link to an external website, the Glasgow Digital Library, contains further history and background about the Baird family.

This website gives details on the wider Clan Baird Society.

The Baird Trust is a charitable company limited by guarantee. Registered in Scotland No: SC235853.